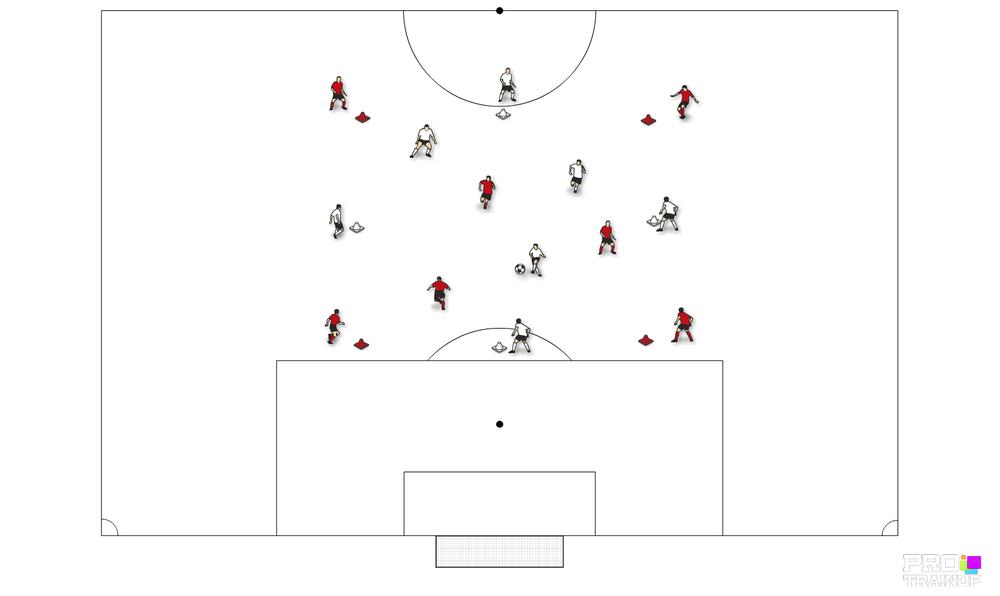 Small sided game on ca 30x30m (40x40) area. There are the 8 cones on the side of the square. 4 red and 4 white. The teams also have the same two colors (red v white). The reds players are placed on the reds cones and the whites players on the whites cones. The teams attempt to keep ball possession but the point of the game is zonal pressing by two or three players from one team, to the opponent player on the side with the ball, at the same time. In the first phase of the game (recognize phase) this pressing is only as an active simulation. The team with no possession. The simultaneous reaction of three players to press opponent with the ball on the side. The team having the ball. Quick ball playing to avoid being pressed by three opponents.

Parameters of the exercise